It looks like Deepika Padukone ‘S recent release film’SplashThe protest about ‘is not going to end soon. After Deepika’s arrival at JNU, many people trended #boycottchhapaak on social media.

It is now seen that some people have also attacked the IMDb rating of the film. The film’s page on the popular review aggregator website IMDb has received poor reviews from several accounts. According to reports, 4000 votes out of around 6900 show the lowest rating. Due to this the film’s rating has reached 4.4. 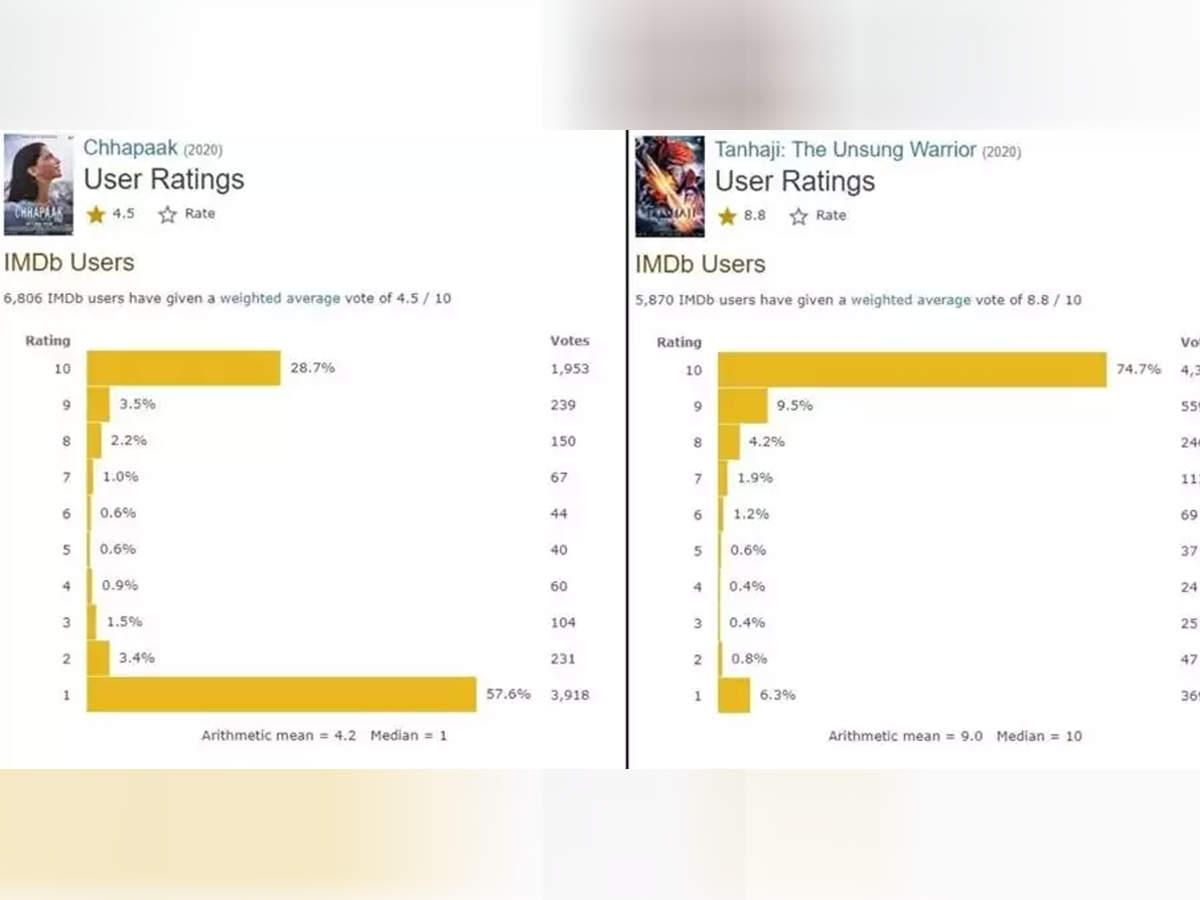 Both films have received different responses from critics and audiences. The reviews received by the film are completely different from the IMDb rating. While many people are praising the performance of Meghna Gulzar’s film ‘Chhapak’ and Deepika, Ajay’s film on the other hand is being liked due to the high-octane scenes and excellent work of VFX. However, there are some people who have been criticizing ‘Tanhaji’ saying that Hindutva has been promoted in it.

Talk about Deepika going to JNU and supporting students, many people are opposing it. At the same time, there are many who are praising Deepika’s JNU visit. You also see what people have to say…

Now Smartphone users are not so interested in mobile number portability