Contents hide
1 Stuart Broad, after scoring 62 runs off 45 balls, also showed amazing with the ball and took 2 wickets of the Windies team till the second day.
2 Manchester Test: Windies on backfoot on second day
3 Recommended news
3.1 Share this:
3.2 Related

Stuart Broad, after scoring 62 runs off 45 balls, also showed amazing with the ball and took 2 wickets of the Windies team till the second day.

ENG vs WI: Windies on backfoot on second day of Manchester Test
Highlights

England, on the second day of the third and final Test, pushed West Indies on the path of follow-on with the help of the all-round performance of Stuart Broad. After scoring 369 runs in the first innings, England removed West Indies 6 wickets for 137 on the second day. The second day's play had to end early due to poor lighting. However, despite the weather department's forecast, it did not rain.

The West Indies are currently 232 runs behind England's first innings score and are facing a follow-on threat. At the end of the second day's play, captain Jason Holder was on 24 and Shane Dowrich was on 10.

Read, what happened on the second day in Manchester Test

Broad, who scored 62 off 45 balls by showing Jauhar with the first bat, took two wickets for 17 runs in ten overs. Unhappy with being excluded from the first Test, Broad had taken three wickets in both innings, showing the bowling feat in the second Test. Broad took the wicket of Craig Brathwaite in the very first over. After that Joffra Archer dismissed opener John Campbell (32). Shai Hope (17) was sent to the pavilion by James Anderson.

ENG vs WI: Windies on backfoot on second day of Manchester Test

Three wickets fell in the last session, out of which Broad was trapped leg before by Roston Chase. Earlier, playing by 258 runs for four wickets, England lost 1-1 wickets in four consecutive overs and at one time the score was 280 runs for eight wickets. Oli Pope could not add to his score of 91 on the first day and missed out on a century. He got a life in the slip off Shannon Gabriel but he was dismissed by the same bowler in the next over. 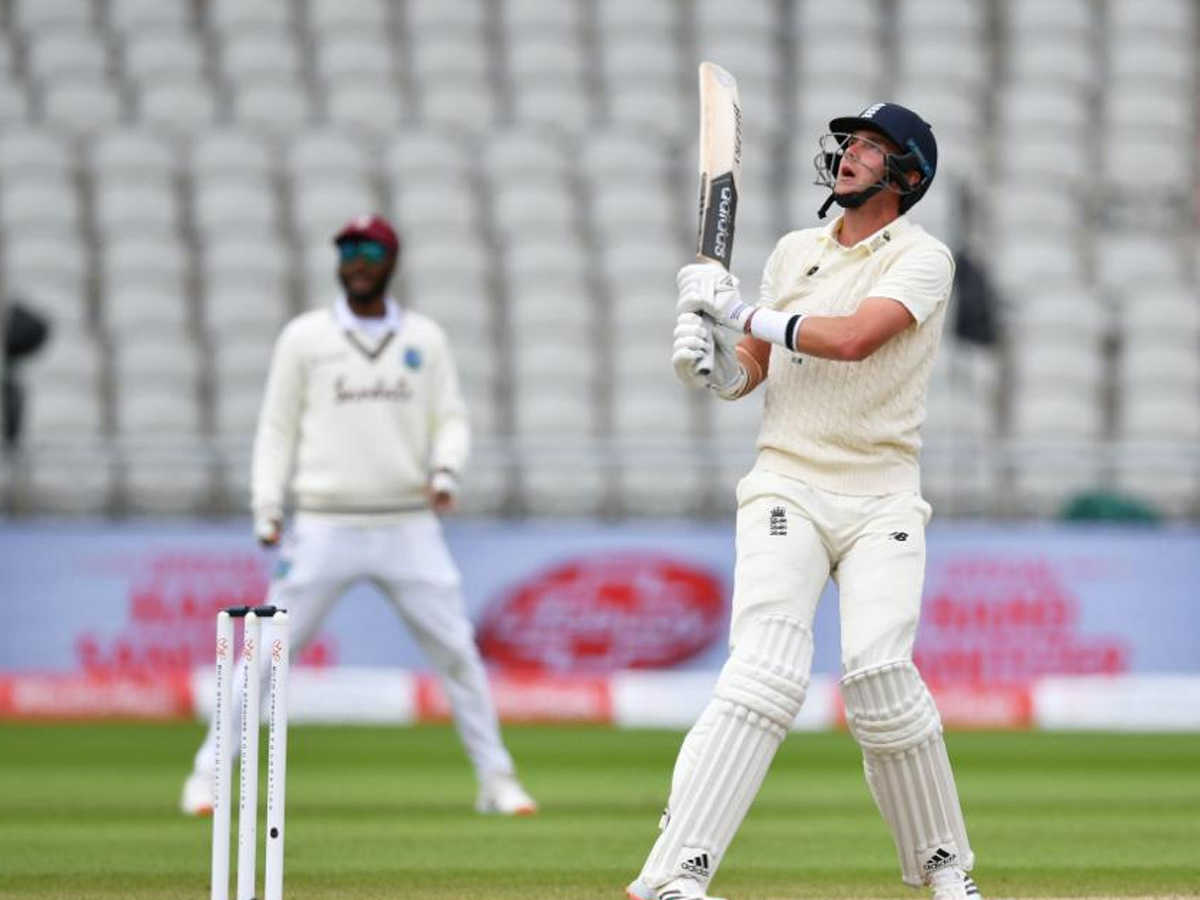 Broad held one end for England. He scored a fast-paced half-century off 33 balls. He came in joint third place in the list of batsmen who scored the fastest Test half-century for England. Broad's 62-ball innings ended with a sweep shot in deep. He added a useful 76 runs in his innings with Dom Bess hitting 9 fours and a six.

Bess was unbeaten on 18, while Anderson was the last man out to score 11 runs. England added 111 runs in the first season.

Web title eng vs wi 3rd test at manchester day 2 report and highlights stuart broad all round performance(Hindi News from Navbharat Times , TIL Network)
Like NBT's Facebook page to get all the latest updates related to Cricket News

Pixel 4a launch: OnePlus Nord will compete with Google's cheaper phone Pixel 4a, features leaked – google pixel 4a spotted on geekbench list with midrange chipset, may compete with oneplus nord

WhatsApp Android app will have lots of new features, experience and fun