Sachin Tedulkar made many records in the…

The social media platform has brought a fun feature for Facebook users, allowing them to create their own virtual cartoon or animated character. The new feature named 'Avatars' is included in the latest version of the Facebook app and a lot of users are designing their own character with its help. In India, the world's second largest market, Facebook is now offering this option to all users.

Facebook has said that users' interaction on social media has increased significantly during the lockdown and the usage of the app has also increased. The new avatar feature supports a lot of faces, hairstyles and outfits that have been customized specifically for Indian users. Once the avatar is created, users will be able to send their face stickers to the messenger and can also use it in the comments.

After working on this feature for a long time, Facebook started testing Avatars last year. With its help, users will be able to design their own animated character and once done, it can be used in apps in a fun way. First such a concept of Bitmoji was seen by Snapchat, but Avatars will benefit from the huge userbase on Facebook.

How to get avatar option?

First of all, update the latest version of Facebook and Messenger app on the phone. Keep in mind that the original version of both apps should be installed in your phone, not the Lite version. After this, you will get the option to create avatar in many places. If you go to the comments section and tap on the 'Smily' icon with stickers, then 'Make your Avatar' will appear. Apart from this, after opening the Facebook app, you can tap on the three-lined 'hamburger icon' at the edge.

After tapping on the app's hamburger icon, you will see a small purple icon with 'Avatars'. If you do not see this option, you can scroll down and tap on See More. Apart from this, if any of your friends have shared their Avatar on the timeline, then the option of 'Try It' is also seen below, on which you will be able to design your avatar. 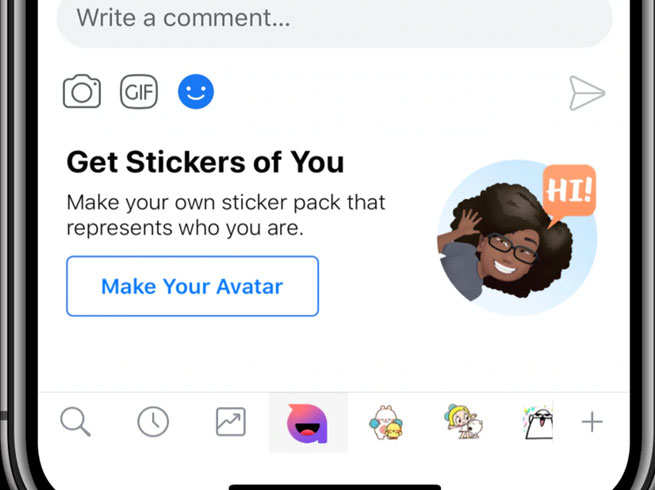 This is how you can make a cute avatar

After tapping on the avatar option, you will see a screen, on which the blank face will be seen. Here, according to your face, you will be able to select from skin color and hairstyle to clothes. If you need to see your face, you can tap on the 'Mirror' icon in the top right. After everything is set, you have to tap on 'Done' and the avatar can be shared. After this you will also get customized stickers of the same avatar on the app.

Whatsapp trick: who will tell your favorite trick in WhatsApp, what trick – whatsapp trick lets you know who you text the most

Huawei M-Series Tab: Huawei will launch a premium tablet in March, preparing to compete with iPad

Big drawback in Apple system, Indian gets ₹ 75 lakh – Indian developer gets 1 lakh dollars for discovering flaw in sign in with apple system

oneplus 8 and oneplus 8 pro sold out in minutes

Chinese app banned in america: after India, America can ban...