The G Buddy Wireless Power Bank comes with a special digital power meter. This meter gives information about the charging level of the power bank. Due to the all-metal design body, it looks quite premium. 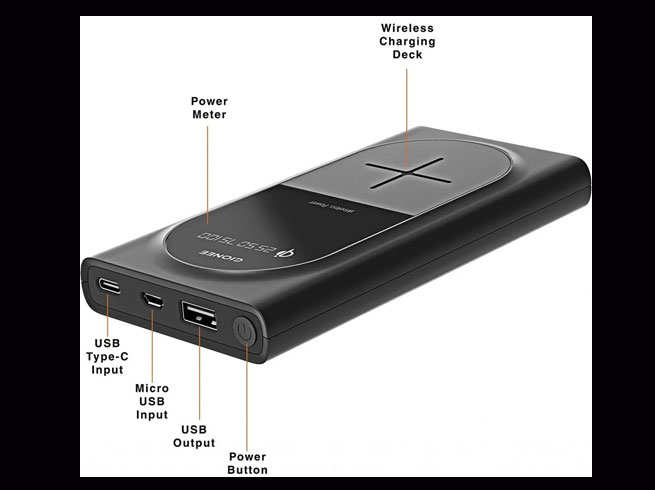 Other devices can also be charged

The power bank has a single USB-A port that can be used to charge other devices. The rating of the port is 5V / 2.4A. Apart from this, you will get 5V / 2A Micro USB input port and USB Type-C input in the power bank. It also has a rating of 5V / 2A.

Weight of power bank is light

The special feature of the power bank is that it can simultaneously charge the device with a wireless charging pad and USB-A port. The Gionee G Baddi Power Bank weighs 245 grams. The company claims that it can charge a device with a capacity of 3000mAh 2.2 times and a device of 4000mAh capacity 1.7 times.

Gionee G Buddy True Wireless Power Bank is launched in India with a price of Rs 1299. You can get this power bank coming in black color option from e-commerce platform Amazon India.

Reliance JIO vs Vodafone vs Airtel: Get up to 12 GB extra data on these plans

To enable WhatsApp on the web, dark mode, this trick will help

Nokia 2.3 becomes cheaper, know how much the price has reduced