Karthik proposed to Sara in Shahrukh Khan style, said – You are yes or not, you are my wholeMumbai: Actor Karthik As soon as Aryan has questions about love-love, he sometimes starts to panic, sometimes gets sweaty, sometimes stutters. That is the saying, Ishq and Mushka does not hide from hiding, this is happening Karthik aryan And Sara Ali Khan With this pair of. The color of his love is getting thicker and red, day by day, but Karthik’s nervousness is not diminishing.

There was a huge crowd at the trailer launch of ‘Love Aaj Kal’ Ray Baba!

Whenever Karthik is questioned about his love life, his reaction is like he is neither able to laugh nor cry, stuck in the media with the question of love. Well, something similar happened when his film ‘Today’ Friday afternoonLove Aaj Kal’Trailer was launched. Finally, today Karthik proposed Sara with the media and also in the style of Shahrukh Khan.

Karthik was asked a question that you get to hear a lot of news about your love, but you never say anything clearly, sometimes you stutter, sometimes you laugh and avoid it and sometimes you run away after hearing the question. Today is the official trailer launch of your film, today without rushing, please tell me what is going on between you two?

In response, Karthik says, ‘When Sara talked about going on a date with me on national television, I had a crush on Sara from the time I started blushing. Now you tell me, what should I answer to your question, sometimes you ask me such questions, sometimes you ask Sara.

Karthik goes on to say, ‘Sara had spoken directly on National TV and I was stuck. This was the condition that says, “Yes, do or not, you are all mine.” Forgive me sir (looking at the director of the film Imtiaz Ali standing next to me) I myself do not understand which way this topic is going. ‘

Seeing Karthik enveloped in love love questions like this, Sara also enjoyed Karthik and spoke in the middle, ‘What is it all about, Karthik, answer it, even during the trailer launch of your last film. Only a few questions were raised. What is all this going on? Is this love today? 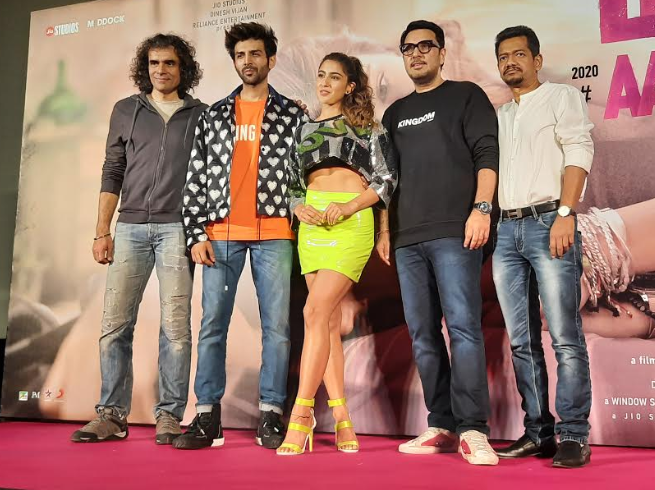 Sara, during this time teasing Karthik, enjoys it, then Karthik says, ‘Sara knows all these things, everything you know, so do not do like this. Sara knows everything, but her reaction is different at the moment, because she is a very good actress. See how many sartik fans are here today (Sara – Karthik’s fans), all these people have not come a bit like this today, there will be some region and I am sure that this love is not yesterday but today. ‘ 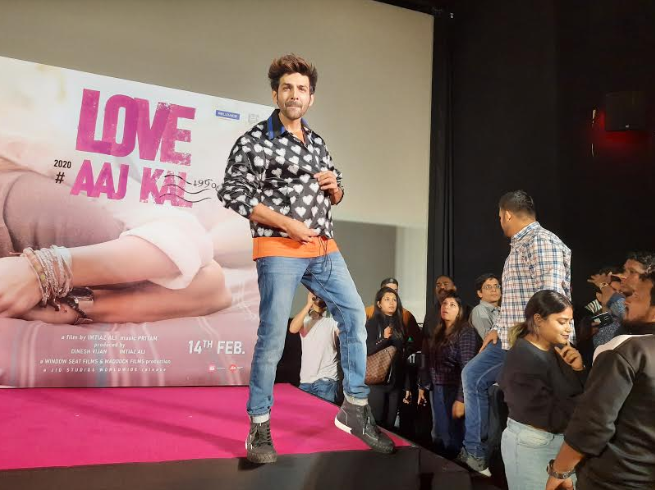 This time Sara would say seriously, ‘I want to say that whenever I hear this sartik-sartik accent, I feel that you are right. I don’t think any Bollywood pair has received so much love before watching any film. I am most grateful to the audience, who are giving us so much love and adopting us as a couple, without even watching our film. Now I hope that when you viewers see us both onscreen, then love Saartik more and you love Veer-Joi too.

Karthik and Sara’s film ‘Love Aaj Kal’ will be released in cinemas across the country on February 14, i.e. Valentine’s Day, next month. Apart from Karthik and Sara, the film also stars Randeep Hooda and a new-found actress Aarushi Sharma. The film has been produced by Mad-Doc Films of Imtiaz Ali and Dinesh Vision. According to the name of the film, the story of the film shows the love of 90s and the love of today.