The United Nations has welcomed nearly $…

Contents hide
1 These new features in MIUI 11 update
2 Redmi K20 will get update
3 Share this:
4 Related

Chinese smartphone company Xiaomi, which has topped the Indian market, recently teased the latest update of its custom user interface. MIUI 12, the new version of MIUI found in Xiaomi smartphones, has been teased by the company on the Chinese social media site Weibo. Xiaomi wrote in the teaser on the MIUI Weibo page, ‘# MIUI 12 # Officially Ready.’ A photo has also been shared with it, showing MIUI 12 written. In 2020 MIUI is completing its 10 years and the rumors said that the system wide dark mode can be given by the company in the new interface. . In addition, it will also support third party apps. A report by PiunikaWeb says that in the new update, users will get a lot of software fixes with Android 10 upgrade. Before sharing more details about this update, we know some things about the new MIUI 11 update. The report states that the update will come with MIUI build number version 11.0.1.0.QFJINXM. 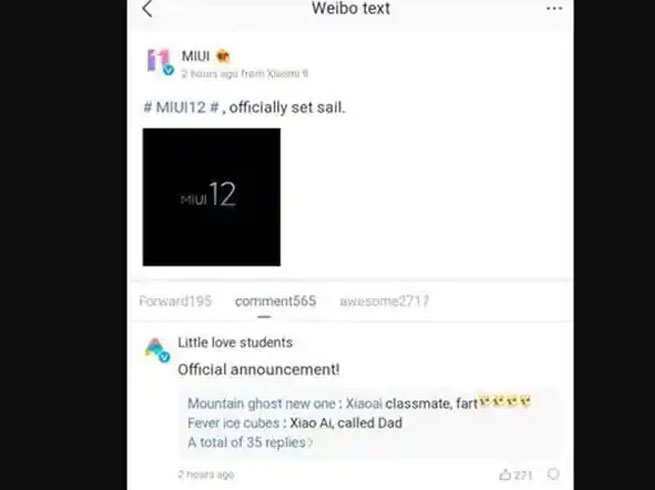 These new features in MIUI 11 update

Talking about the changes in the update, the company’s next Android 10 based MIUI 11 update will come with several software fixes and the latest Android 10 upgrade. The size of this update is being stated as 2.2 GB and it will be updated over the air (OTA). In this, users will get the Android Security Patch of December 2019. Apart from this, with the new update, the system security will also be better than before, it is believed.

Redmi K20 will get update

Never seen such a two-screen phone, LG named it ‘Wing’

How to use Arogya Setu on Jio Phone, feature phone and landline

OnePlus 8T Pro will not launch this year, company confirmed

The United Nations has welcomed nearly $ 1 billion in...