The Polish city of Wrocław is named…

Nokia's phone maker HMD Global is preparing to bring new smartphones very soon. Only last week, the release timelines of Nokia 9.3 PureView, Nokia 7.3 and Nokia 6.3 were revealed. Now the details of other Nokia's upcoming smartphones have surfaced online. These new smartphones of Nokia can be launched in late third quarter or early fourth quarter of this year.

Prior to the official launch, the TA-1277 variant of Nokia's upcoming phone has been shown on the certification website of Canada. Other variants of the phone TA-1270, TA-1274 and TA-1275 have recently been spotted on the US FCC certification website. Although the latest listing does not reveal the features or specifications of the phone, it has been confirmed that the commercial launch of these phones will happen soon. The US FCC listing has revealed that Nokia's phone will have a 4,500 mAh battery and a 6.5-inch display. These smartphones of Nokia may come in the coming months.

Nokia 2.4 has been spotted many times before the official launch. With Nokia 2.4, the company will target the entry level and budget segment. This smartphone can come with the Octa-core MediaTek Helio P22 processor. This phone has a 6.5-inch HD + display and its aspect ratio can be 19: 9. This phone can come with 2 GB of RAM. This phone will come with Android 10 operating system. There can be triple camera setup in the rear of the phone. While the front will have an 8 megapixel selfie camera. The phone can have a 4,500 mAh battery.

Also read- Impact on the pocket of these DTH users, now more money will be paid

Nokia 8.3 5G has been spotted on the Russian certification website along with Nokia 2.4. The company showcased this phone at the beginning of the year, but it has not yet come in the market. The new 5G Nokia phone comes in a 6.8-inch display with full HD + resolution. The phone has a 24-megapixel selfie camera. At the same time, the quad-rear pureview camera has been given with a 64-megapixel main camera in the back of the phone. The phone has up to 8GB of RAM and a 4,500 mAh battery. 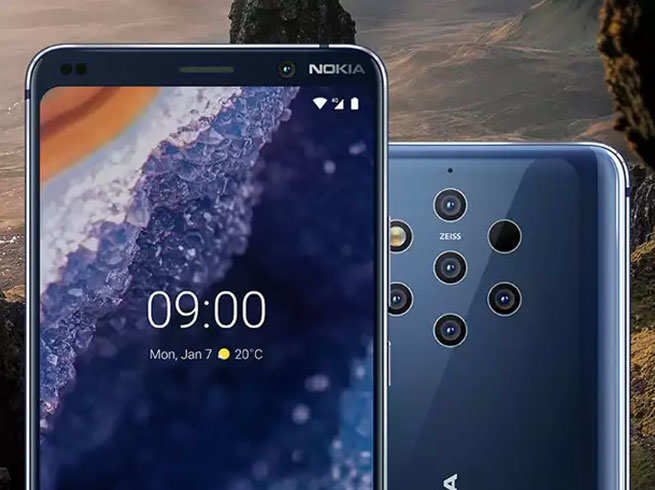 5 cameras will be in the back of the most premium phones (Image-Nokia 9.1 PureView)

Nokia's most premium phone in the line-up

Nokia 9.3 PureView will be the most premium phone in the company's new line-up. Like the previous model, there will be five cameras in the rear of the phone. This smartphone will offer 120Hz display and Qualcomm's top-end Snapdragon 865 processor.

Also read- Many more Chinese apps banned by India, more than 250 are eyeing

Nokia 7.3 can be a mid-range smartphone. The quad camera setup can be given with a 48 or 64 megapixel main camera in the rear of the phone. The front of the phone can have a 24 or 32 megapixel selfie camera. At the same time, Nokia 6.3 smartphone can come with Snapdragon 700 series chipset. There can be 4 cameras in the back of the phone. Variants with 3GB RAM and 64GB storage can cost around Rs 20,000.

MS Dhoni 11 vs Virat Kohli 11: If Dhoni competes with Virat XI, then who will be heavy? Akash Chopra told – ms dhoni xi vs virat kohli xi aakash chopra compare which team was better

Photos: Sara Ali Khan glammed up glamor in a pink...

Redmi’s popular smartphone up to 4 thousand rupees, benefit of...