Great news for Nokia lovers. Soon the company can launch one of its smartphones. In what name is the company going to launch this phone, nothing can be said about it. This new phone from Nokia was revealed in the TENAA database. Several important specifications of the phone have been revealed due to the TENAA listing. Let's know details.

This phone is listed by the Nokia TA-1258 model number in the TENAA listing. Assuming the listing, the phone will get a 6.99 inch display which will come with HD + resolution of 720×1440 pixels. You will see thick bezels all around the screen. The aspect ratio of the phone will be 18: 9. The design of the front and back panels of the phone can be seen in the listing.

Will get octa-core processor

According to the reports, the company can first launch this phone in China. This phone can come in Nordic Blue and Sand Gold color options. No information has been found about which chipset will be in the phone. However, it has been known from the listing that the phone will come with an octa-core processor. 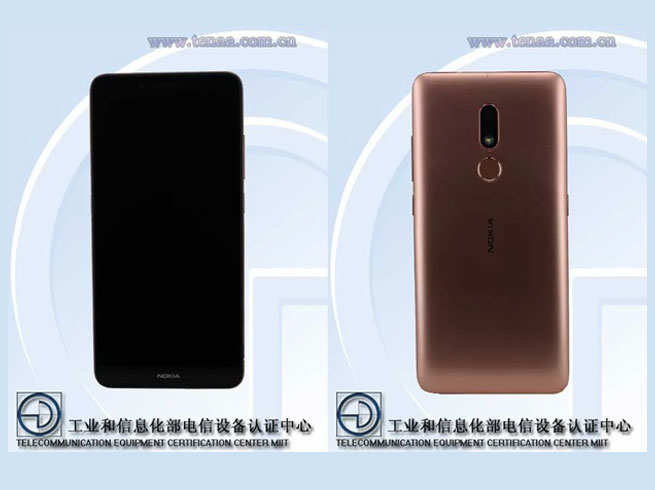 Google's big decision, these phones will be affected

The phone can come in 2 GB RAM and 32 GB internal storage variant. If needed, users can increase the memory of this phone with the help of micro SD card. In the listing, the phone was seen booting with Android 10 OS, but it may be that the company offers it as an Android Go Edition smartphone.

Honor will bring two of its cheapest smartphones, strong features – honor most affordable smartphones honor 9a and 9s to launch in india soon

Get big discounts, learn prices and features on Oppo A5 2020

Oneplus Nord will look like this, the company told why it will be cheaper – oneplus nord look revealed in carl pei interview along with oneplus buds

Google Pixel 4a smartphone will be launched today, know what is special