Qualcomm, a company famous for making smartphone processors, has introduced the new fast charging technology Quick Charge 5. Through this, the smartphone can be charged from 0 to 50 percent in just 5 minutes. Not only this, it will take only 15 minutes for the smartphone to be fully charged. This is an upgrade of the company's Quick Charge 4+ technology introduced in 2017. The new technology is up to 4 times faster than the old one. It is currently in testing phase and by the third quarter of this year, this technology will start coming in the phone.

The Quick Charge 5 technology supports charging capabilities of over 100W, whereas the older technology used to come with 45W power. It heats up to 10 degrees while charging a 4000mAh battery. It is 10 times more powerful than the Quick Generation technology of the first generation. It will take 15 minutes to charge a simple battery from zero to 100 percent. At the same time, only 15 percent of the battery is charged in 15 minutes through Quick Charge 4+. 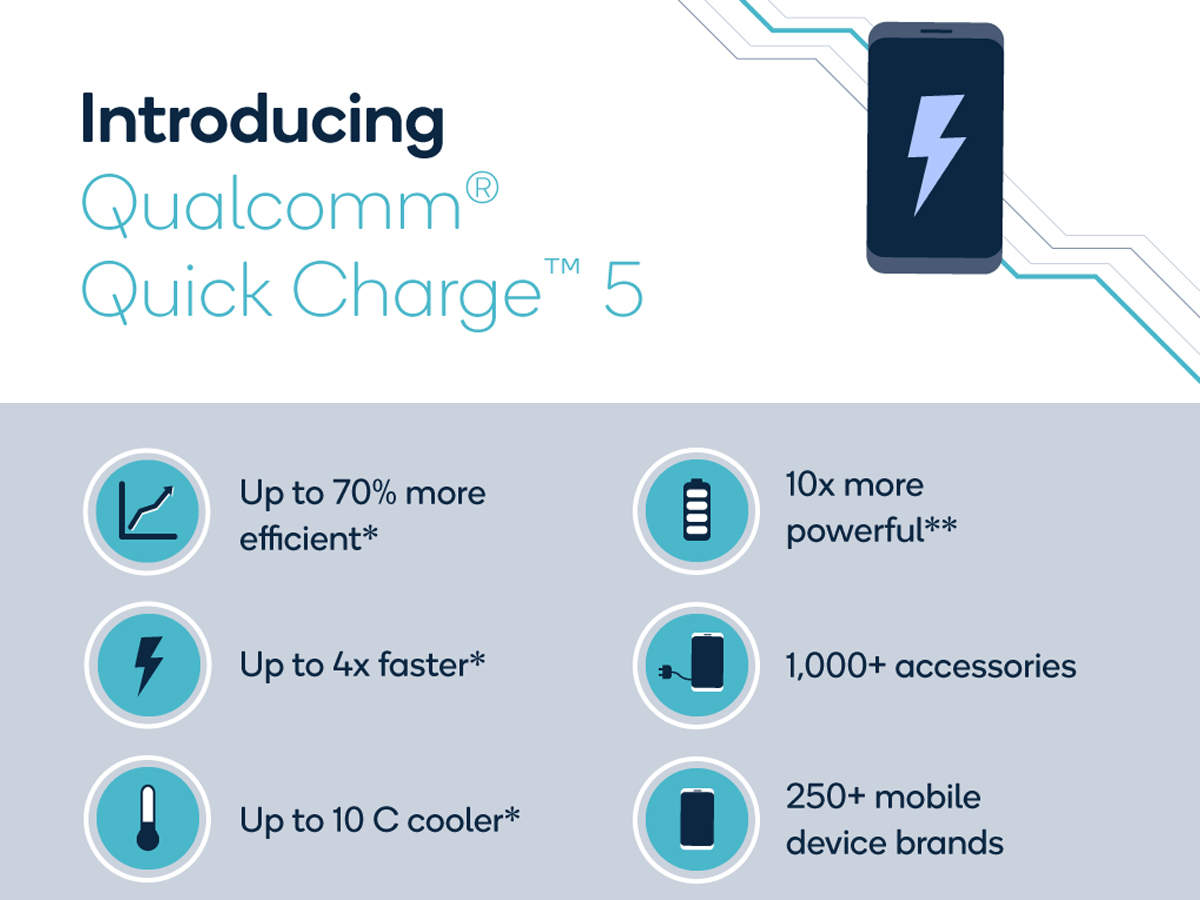 Redmi 4 budget camera with rear camera, know when will launch

best data plan: if your data runs out, then these plans are the best – best data plan in case your daily data limit exhaust

Airtel is offering 50% cashback in lieu of recharge

Nokia 7.3 smartphone coming on 22 September, will get 5G connectivity