Contents hide
1 Launch confirmed in 2020
2 Will get a notch-less display
3 Share this:
4 Related

The Poco F2 device will be launched this year by Chinese smartphone company Xiaomi and now its presence has been confirmed. The Poco F2 smartphone has been confirmed by the Xiaomi trademark document leaks and details associated with it have been tweeted and shared with an account with the _the_tech_guy username. The post states that Xiaomi has filed a trademark of the device and the Poco F2’s name can be clearly seen in it. Xiaomi has either started working on this smartphone, or is going to develop it. As before, this smartphone can be named Pocophone F2 in the global market and in India it can be named as Poco F2. The Poco F1 was launched in 2018 by the company at an affordable price with flagship level specifications. This is the cheapest phone to come with Snapdragon 845 processor and users have similar expectations regarding Poco F2. In November last year, a new smartphone received 3C certification from the Chinese platform, which is being considered as Poco F2.

Pocophone global head Alvin She has also indicated that the successor of Poco F1 may be launched in 2020. Alvin wrote in a tweet on microblogging site Twitter that the Poco brand is going to bring something for users next year. Alvin wrote, ‘You will get even more to hear from POCO in 2020’. In such a situation, this tweet is considered to be a sign that the successor of Poco F1 can be launched by Xiaomi next year, which is being considered as Poco F2. 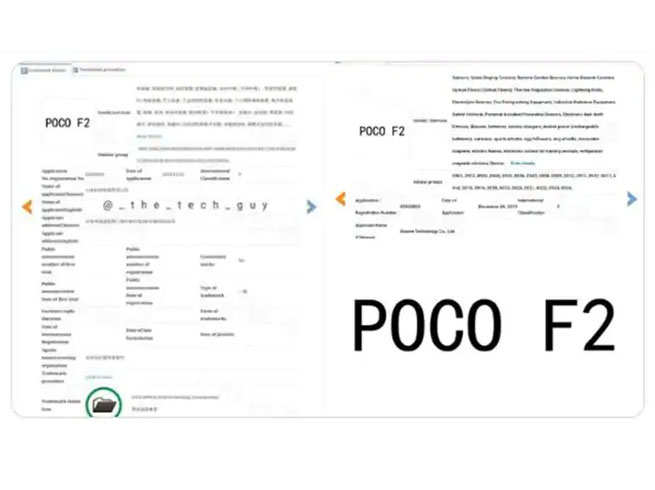 Will get a notch-less display

The model number M1912G7BE / C of the recently introduced new Xiaomi device has surfaced and users will get 27W fast charging support in this device. Let me tell you, Poco F2 case renders were leaked recently and this smartphone may come with a notch-less display. In such a situation, the company can provide a pop-up camera setup in a new device for selfie. Also, this smartphone can get triple camera setup on the rear panel and can be removed from the rear panel and given an in-display fingerprint sensor in successor. The back panel design is seen with a flame-like gradient pattern in the transparent case of the device.

This video of Amitabh Bachchan enjoying some fun moments with family