Samsung's cheaper entry-level smartphone Galaxy A01 Core has launched. This phone coming with Android Go Edition is equipped with 1 GB RAM and 1.5Hz quad-core processor. The phone has been introduced with 16 GB and 32 GB internal storage options. The company has just launched this phone in Indonesia. According to the Indian rupee, the phone costs Rs 5,500 in Indonesia, but as part of the offer, it can be purchased for Rs 5,000 till July 23.

Coming in blue, black and red color options, the company can also launch this phone in India soon. For the time being, what special offer is being offered in the Galaxy A01 core smartphone. 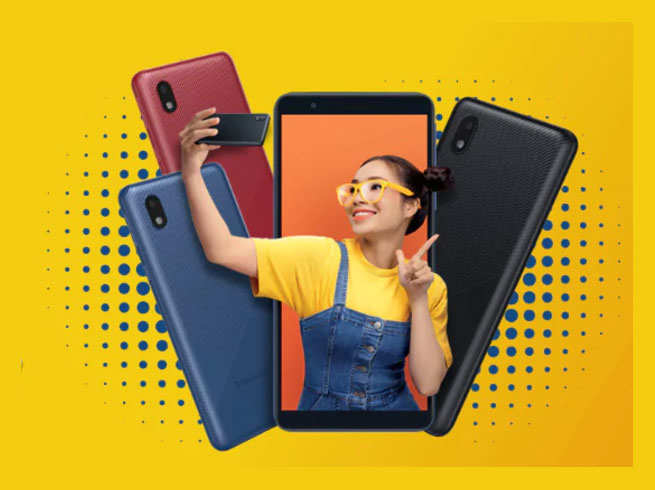 The phone has a 5.3-inch HD + TFT LCD display with 720×1480 pixels resolution. The company has not given any information about which processor is in the phone, but it has definitely been told that the phone has a quad-core chipset. The phone comes with micro SD card support and its memory can be increased to 512 GB if needed.

A chance to buy a powerful Redmi phone, sale today

The phone has an 8 megapixel single rear camera for photography. This camera lens that supports up to 4x digital zoom also has an auto focus support feature. This Galaxy A01 core has a 5 megapixel camera for selfie.

To power the phone, it has a 3000mAh battery. The company claims that it offers up to 17 hours of 4G talk time. At the same time, up to 14 hours of Wi-Fi internet usage is also available from this battery. For connectivity, the phone also has other options with Bluetooth version 5.0, 3.5mm headphone jack, micro USB port, Wi-Fi 802.11 b / g / n, GPS, GLONASS.