Samsung on Friday launched its new range of storage devices in India. The South Korean company launched the portable solid-state drive (SSD) T7 and internal 870 QVO SSD with 8 TB capacity.
The 500GB of portable SSD T7 will cost Rs 9,999, 1 TB will cost Rs 17,999 and 2 TB will be priced at Rs 29,999. Akash Saxena, Senior Director, Enterprise Sales, Samsung India, said in a statement, 'The portable SSD T7 is in line with the fast-paced lifestyle of our customers. It has quick transfer speed and compact metal body design with NVMe technology. Through the latest internal 870 QVO SSD, users will be able to enjoy all the benefits of SSD as well as HDD capability. 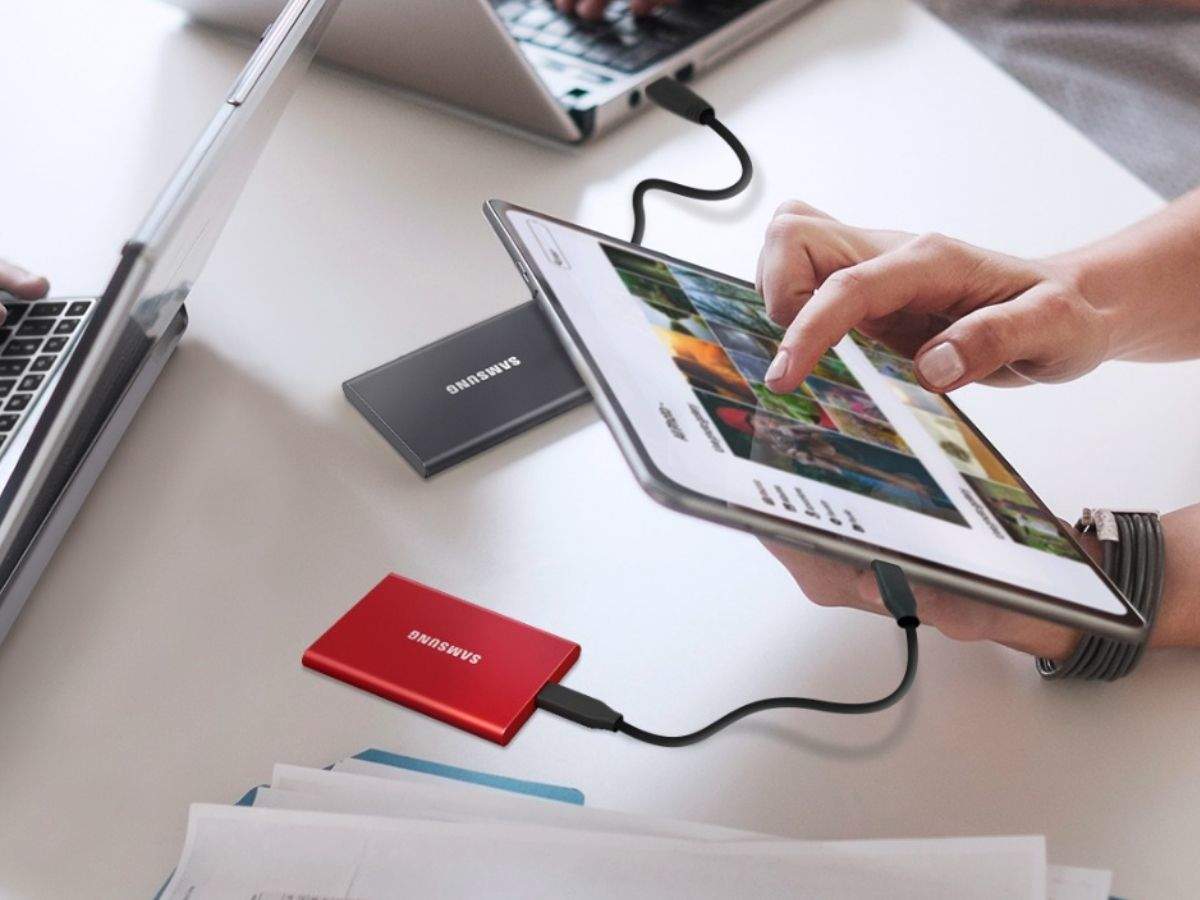 The Samsung Portable SSD 17 is available for purchase, while the internal SSD 870 QVO 20 will be available from July 20. The portable SSD can read T7 with a maximum speed of 1050MB per second and write speed up to 1000MB. This speed is double compared to its previous variant.

The company says that these devices are durable and equipped with shock resistance technology. For better security, it has AES 256-bit hardware encryption.

Samsung says that the internal 870 QVO SSD has a maximum read and write speed of 560MB / s and 530 MB / s. Compared to the previous generation variant, the 870 QVO provides a 13 percent better read speed, which has led to improvements in computing experiences such as gaming, web browsing.

Three screens and sliding keyboards will be Samsung Galaxy Z...

CSK vs KKR: Dhoni said after victory against Kolkata Knight...