IPL 2020: Nicholas Pooran’s such fielding, all…

Contents hide
1 Follow these safety tips
2 Essential for original charger safety
3 Cheap and fake batteries are dangerous
4 Keep away from flammable materials
5 Do not sleep under the pillow
6 Trust the service center for repairing
7 Do not charge overnight
8 Do not use the phone while charging
9 Turn off navigation apps
10 Share this:
11 Related

While smartphones have become an important part of our life, on the other hand it has also increased the danger on the user. In the last few days, many such reports have been heard in which the user suffered serious injuries due to fire or blast in the phone. According to Gijchina’s report, one such recent case has come up in which Samsung Galaxy S7 Edge smartphone caught fire. Seema Aggarwal, 52, said her Samsung Galaxy S7 Edge smartphone caught fire for no reason. Seema said that she bought this phone in December 2016 and there was never any problem in it. However, one day in December 2019, his smartphone suddenly became quite hot. Seeing the phone getting hot, he kept it out of the room and immediately caught fire.

Seema says that she has always used the original charger to charge the phone. Seema is scared of this incident and says that now she will never use a smartphone.

Smartphones have become our need today and it will not be a wise decision to stop using them. Here we are telling you about some tips that you can save by following your smartphone from fire or explosion. 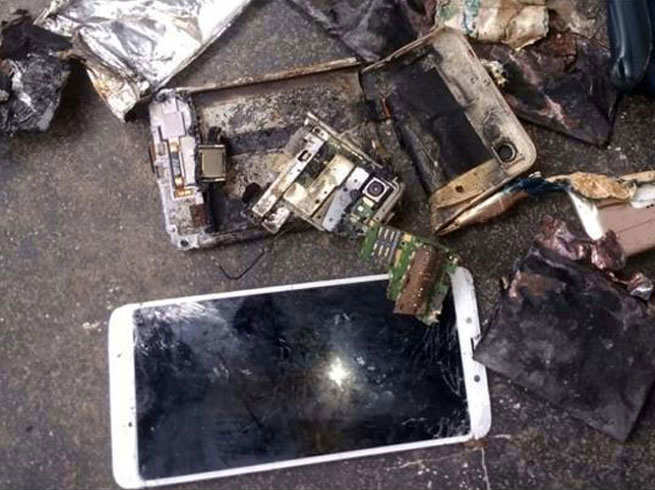 Most users buy a local charger from the market after the original charger is damaged. Doing so only damages the phone, on the other hand, it can also endanger your life. Compromising security can be fatal to save a little money. It is better that you use the original charger to charge your smartphone.

Cheap and fake batteries are dangerous

Nowadays almost all companies are offering non-removable batteries in their smartphones. If you have a smartphone with a removable battery, then after its damage, install the original battery in the phone. Continuous use for a long time also makes the smartphone hot. It would be better to leave it to cool down for a while.

Keep away from flammable materials

Keep your phone away from incendiary materials such as clothing, cotton or beds. Do not place the phone in the front pocket of the shirt, T-shirt or vest. Danger of cellphone radiation is an issue, in the event of a phone burst, it can be more dangerous to be near the heart.

Do not sleep under the pillow

Trust the service center for repairing

If there is any problem in the phone, then always get it checked at the Authorized Service Center. Never give your smartphone to be repaired at local shops. Phone repair is safe at the service center and original parts are also available there.

Do not charge overnight

Many people have the habit of putting the phone on charging for the night, never do this. This is harmful for both the phone and the battery.

Do not use the phone while charging

Overheating is one of the main reasons for a fire or blast in the phone. Prolonged multi-tasking can cause your phone to heat up. The charging time is the resting time for the phone. At this time just let your phone be charged. Do not play games in it nor do any other work. Talking on the phone with charging can be more dangerous for you.

The phone heats up rapidly when using GPS navigation apps. When using GPS location based apps like Google Maps, Uber, Ola, the phone overheating. In such cases, use these apps less and do not keep GPS on for any purpose.

Tanhaji and chhapaak box office collection: the other day there was a big difference in the collection of ‘tanaji

Malaika Arora shares her fitness secrets by sharing a video

Some hidden features are available on whatsapp

See, Rahul Teotia hit 5 sixes in one over by...

RR vs KXIP Highlights: Storm of Smith, Sanju and Teotia,...