When iPhone 12 showed in live video,…

‘CHHALAANG’ | Yo Yo Honey Singh’s ‘Care…

China’s smartphone maker Xiaomi (Xiaomi) is bringing a smartphone with a wrap-around display with dual screen. According to a report by LetsGoDigital, the company has recently filed a patent for this phone. The company recently introduced the 144Hz display Redmi K30 5G. According to the patent published by the World Intellectual Property Office (WIPO), the company has filed a patent for two smartphones. Both smartphones have a wrap-around display with dual screens.

Display like Mi Mix Alpha Earlier such a display has been seen in Mi Mix Alpha concept phones. LetsGodigital presented a render of this new phone from Xiaomi. A cut out has been given for the dual punchhole camera in the rear of the phone. 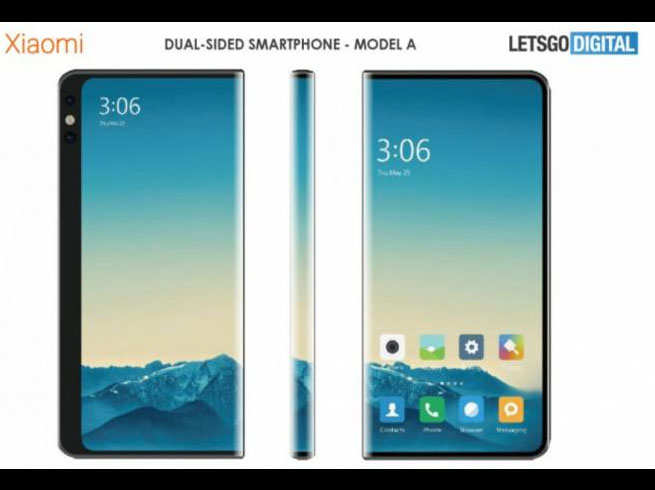 No button in phone

Talk about Mi Mix Alpha concept phone, so a flexible screen has been used for surround display experience. There are no bezels or volume buttons on the side in this smartphone. This Xiaomi smartphone is almost entirely made of Titanium alloy, Sapphire glass and Ceramic. Qualcomm Snapdragon 855+ processor has been given in Mi Mix Alpha. The phone has up to 12GB of RAM and 512GB of UFS 3.0 storage. This smartphone has a 4,050 mAh battery, which comes with 40W wired fast charging support.

There are also no speaker holes in the Mi Mix Alpha. The smartphone display uses acoustic technology to produce sound. Triple camera setup has been given in Mi Mix Alpha. The primary camera in the phone is 108 megapixels. Apart from this, the phone has a 20-megapixel wide-angle sensor and a 12-megapixel telephoto camera. There are no physical buttons in this phone. Instead, the phone has a pressure sensitive edge, which allows users to lock the phone and change the volume.

When iPhone 12 showed in live video, battery smaller than...